10 Unique Holiday Traditions from Around the World 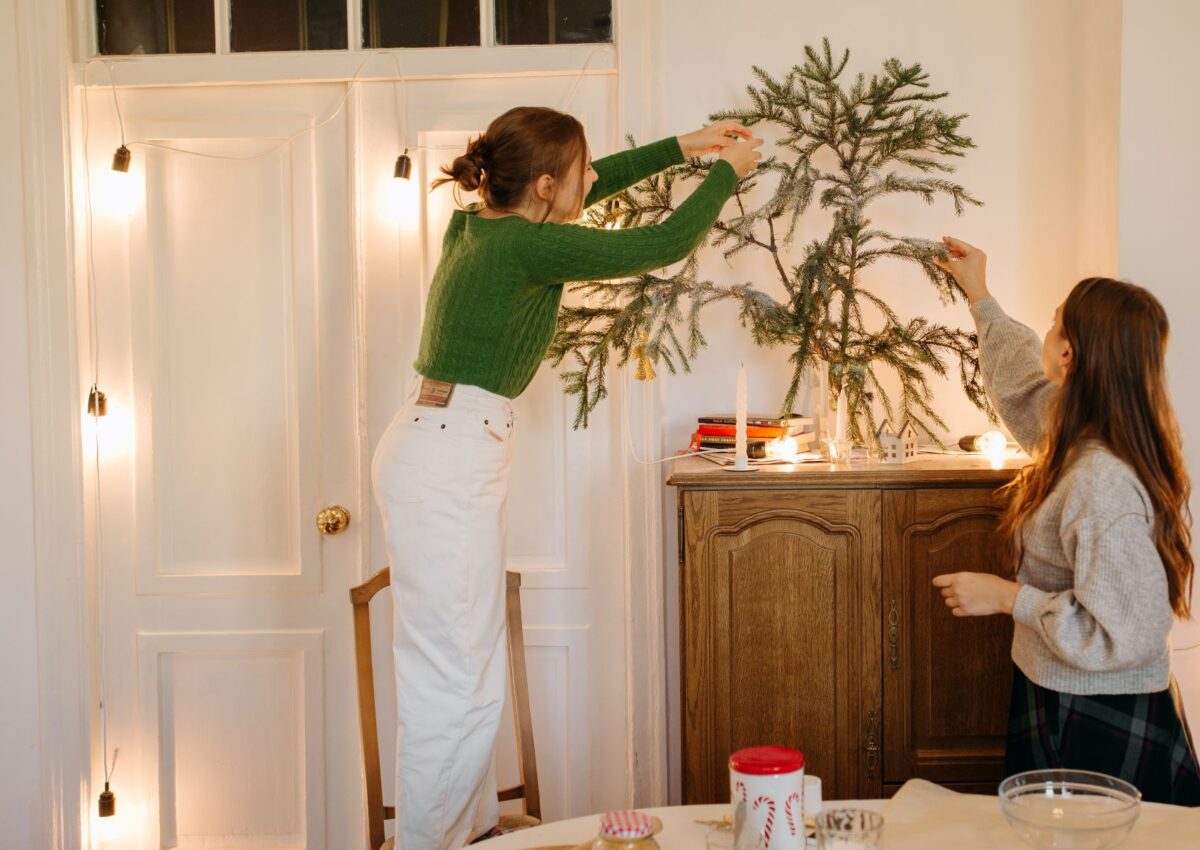 As the 2021 holiday season is kicking off, you may find yourself dragging out Christmas lights or scheduling a turkey delivery in preparation for your upcoming celebrations. But, did you also remember to put hay in your shoe or hang the pickle? If not, you’re missing out!

Check out these 10 unique holiday traditions found all over the world. You might find something new and fun to add to your seasonal routine this year.

There’s no better way to signify the start of the holiday season than for the President to pardon the Thanksgiving turkey in America. Credited to Abraham Lincoln’s son Tad in 1863, the first turkey pardon came about when the White House was given a Turkey for Thanksgiving.

Tad Lincoln grew fond of the bird, naming him Jack and teaching him tricks. When Tad learned of Jack’s intended fate, he immediately sprang into action. Arguing with the President, his father, Tad drew a compelling argument to spare the bird’s life.

President Lincoln acquiesced to his young son’s request, and the Presidential Turkey Pardon became an American tradition signifying the start of the holiday season.

The Greek Christmas boats, or Karavaki, as it’s known, are an ancient Greek tradition where folks decorate their sailing boats with Christmas lights. In addition, children often decorate model boats to take with them on Christmas Eve.

While singing Christmas carols, friends and neighbors will put treats into the children’s boats. The Christmas boats are traditionally decorated until January 6.

Beginning on January 5 and lasting for two days, Three Kings Day is a major holiday celebration throughout Spain. Cities and towns feature colorful parades to celebrate the arrival of the three wise men at the birth of Jesus.

Just like with Santa, Spanish children are encouraged to write letters to the Kings to leave gifts for them on the evening of January 5. Tradition says that good children will receive treats while naughty children receive coal – read more from Momondo.

Las Posadas, a Mexican tradition that means “The Inns,” is a religious tradition celebrated starting December 16th and ending on December 24th. Las Posadas commemorates Mary and Joseph’s trip in searching for an Inn to birth baby Jesus.

Each evening during the festival, a small child dressed as an angel leads a procession of children dressed in gold robes. The children knock on doors and ask for rooms at the inns.

Traditionally, the children are turned down while asking for a room and begin to pray and sing carols. Catholic Mass is held each morning of the festival, and the conclusion ends with giant pinatas that are broken open for all to have.

Those that celebrate Diwali prepare for the festival by cleaning their house, wearing their finest clothing, and lighting up their homes as much as possible. Diwali is often observed in other countries as well.

If you’re one of those who put out Christmas decorations in October, you will feel right at home with Italy’s Christmas traditions. Starting in early December, Italy celebrates Christmas for a month!

A cannon is fired from Rome’s Castel Sant’Angelo to mark the start of celebrations. Food, lights, and festivals reign over December.

Halloween lovers can rejoice at Christmas time in Germany! On December 5 in Germany, men dress up in scary costumes, drink beer, and run through the streets to scare children. While some may think this is the opposite of Christmas, Germany believes otherwise!

In Germany, Krampus and Santa Claus work together! Santa gives the good children gifts, while Krampus punishes the naughty ones. Krampus is a modern pre-Christianity paganism belief with strong roots throughout Germany. Click here to read more about Krampus.

For thousands of years, the British have celebrated the winter solstice to mark the start of the holiday season. Each year thousands of people will travel to Stonehenge to watch the sunrise through the monument. Those entering Stonehenge are mostly druids, pagans, and other enthusiasts.

Winter solstice is the shortest day of the year. On this day, light only reaches the inside of Stonehenge for a mere 17 minutes.

While you may consider Christmas Day the most important, Puerto Ricans pay more attention to Nochebuena or Christmas Eve. The night before Christmas, Puerto Ricans exchange gifts, have family dinners, and then set out for partying in parrandas or street parties until midnight Mass begins.

The other big Christmas celebration in Puerto Rico is Three Kings Day. On January 6, Three Kings Day is recognized as the day the Three Wise Men came to give gifts to the newborn baby Jesus.

Children will leave hay in shoeboxes under their beds on the night before. They do this an offering to the camels that the wise men rode on. Learn more about different traditions by clicking the link.

St. Nicholas Day, or Sinterklaas, is the Dutch’s name for their version of Santa Claus. Children start the celebration of Sinterklaas by exchanging gifts on Sinterklaas eve (December 5), followed by a huge feast the day after.

The Dutch Sinterklaas traditionally rides a white horse named Oh So Fast and carries a large red book. The book, it’s said, contains all the names of children who were naughty or nice during the preceding year.

Learn about how how you can travel and see these holiday traditions over at Foreigners Finances.